December 5, 2012
I may receive compensation from links on this site. As an Amazon Associate I also earn from qualifying purchases. See my disclosure policy.
97shares 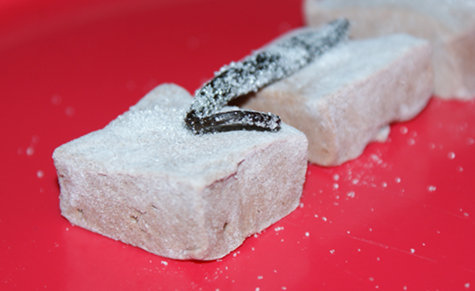 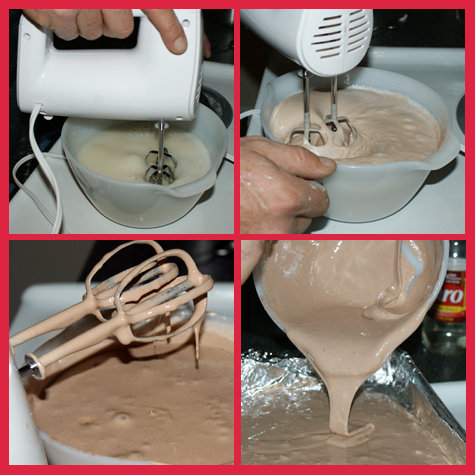 We used the recipe for homemade marshmallows found on The Frugal Girl and tweaked it to our liking blending in 12 Tablespoons of Instant Mocha Coffee once we poured the water, corn syrup and sugar into our mixing bowl with the water and gelatin. Another fun alternative would be to add freshly grated vanilla bean into the marshmallows when you add the vanilla extract. (You can also use your own DIY Homemade Vanilla Extract!)
Also of note, we did not have a stand mixer. The cheapest stand mixer available that I could find locally was Rival brand and it was $59. Considering that Rival toasters are notorious for burning toast I opted against burning sixty bucks on a stand mixer and bought a hand mixer instead for $6. (Hey, I don’t bake often.) This worked just fine, so don’t feel like you have to use a stand mixer.
Additionally, we did not have a thermometer. But Brian is pretty brainy when it comes to temperatures having made caramels and candies and such previously so he guessed at the temperature using the point at which all of the water boiled off as a gauge. If you aren’t keen on candy making, you may want to opt for a thermometer. (I meant to buy one but totally forgot.)
We also didn’t have a seize or sifter. We instead winged dusting the marshmallows before covering overnight using a strainer and it worked just fine. No sticking. We also used a very large holed pasta strainer to remove the excess powdered sugar from the finished marshmallows after coating them for packaging/eating. 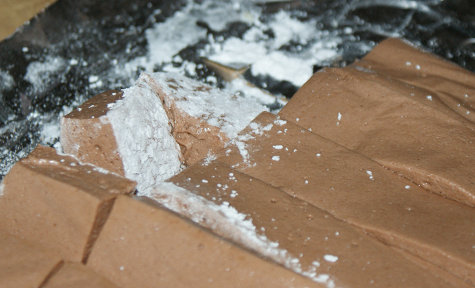 Brian loved these and couldn’t stop eating them as he was cutting them into squares. The recipe does make a lot of marshmallows though so luckily we still had enough to put in air tight containers to store for snacking on later. 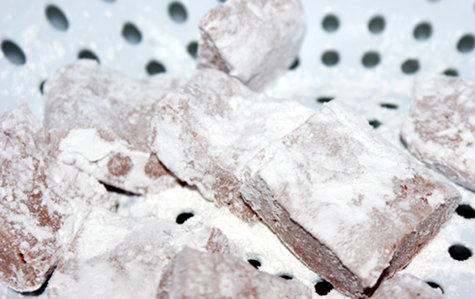 So what are you waiting for? Grab the recipe and ingredients and make your own! Our next batch we are going to experiment with using Orange Blossom Water and Rose Water

from The Fresh Market – in separate batches of course. I’m thinking a chocolate rose and I haven’t quite decided on the orange yet. Regardless, I think these would make amazing Christmas gifts or stocking stuffers! Will you be baking any homemade gifts for the holidays this year?
97shares

We use cookies to ensure that we give you the best experience on our website. If you continue to use this site we will assume that you are happy with it.OkRead more