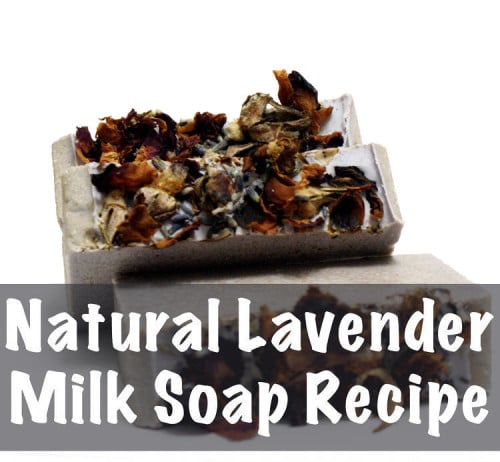 for this particular soap recipe since it’s shelf stable for extended periods of time. My local Kroger generally has these on sale 1 for $10. (I’m not a huge milk drinker. I generally keep half and half for coffee and not much else so buying these makes sense for me. Of course there’s always the option to sub with half and half!)

I then topped my homemade lavender milk soaps with lavender blossoms and roses to add visual interest. You can of course omit the botanicals, but if you choose to add them be sure to turn your soap loaf upside down when you go to cut it into bars. This will keep the flowers where they belong and won’t cause drag lines down the sides of each bar as you cut them.

Another tip, opt for lavender 40-42 essential oil if you’re on a tighter budget. It costs less than both Bulgarian and Spike Lavender essential oils but still smells great in homemade soap. 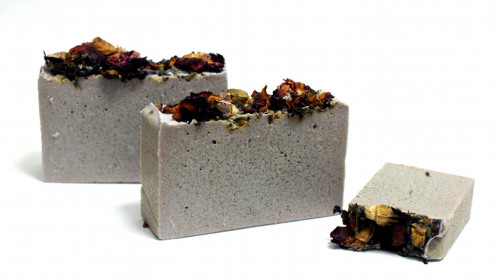 You can find my palm free cold process homemade lavender milk soap recipe in the new August 2014 issue of Wholesale Supplies Plus’ eHandmade Magazine. Just skip ahead to page 21 for the recipe and directions.