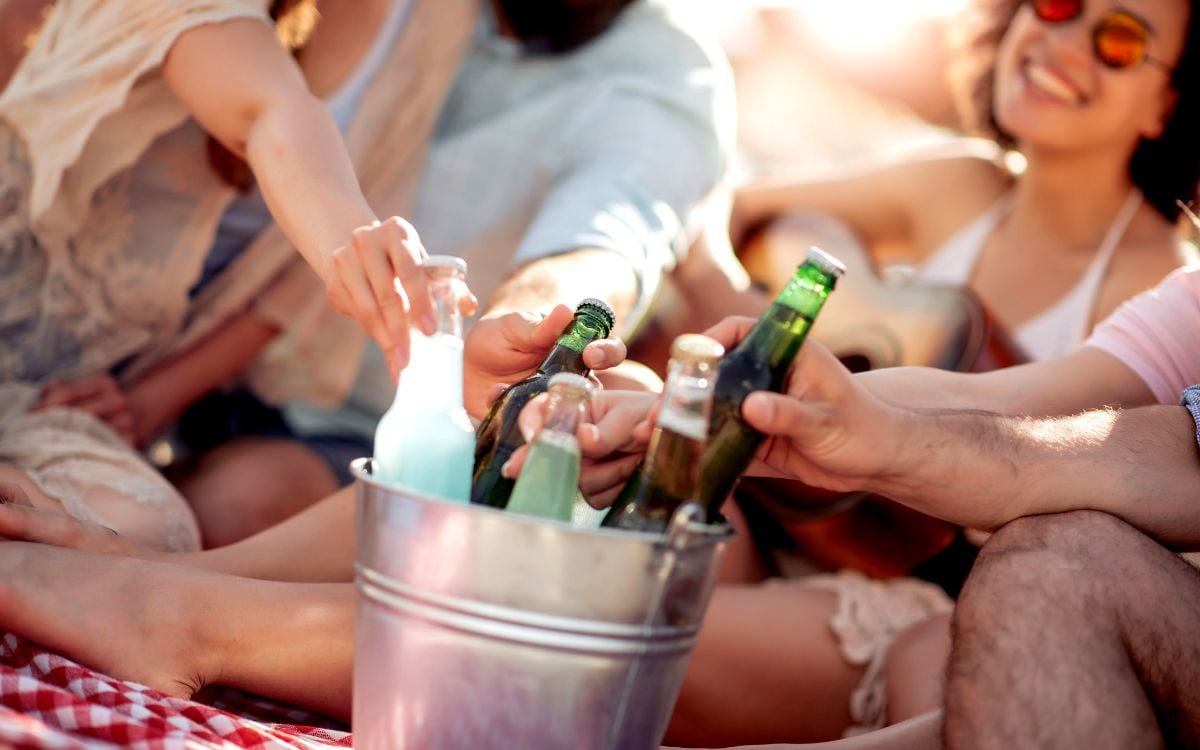 Is Hard Seltzer Better for You Than Wine?

Hot summer days are all about rosé & wine slushies, but is there something better? Hard seltzer, like White Claw hard seltzer, offers fewer calories and just 5% alcohol. Not only does it taste like your favorite seltzer water (with no added sugar) it also helps you stay better hydrated – even in party mode. 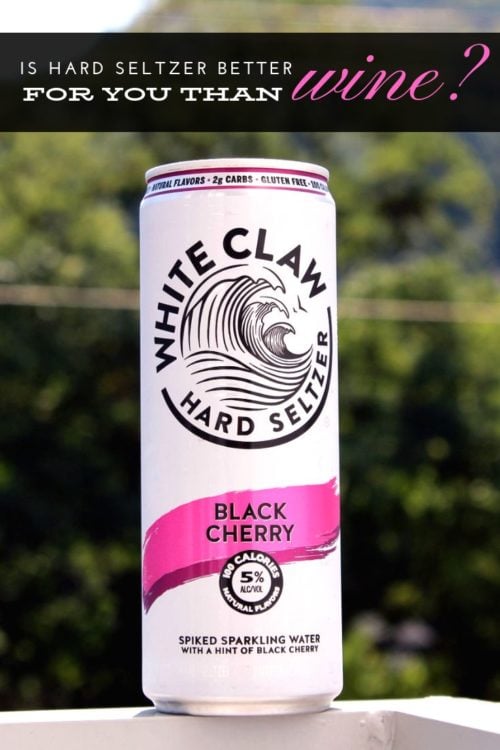 The Drink I Didn’t Know I Was Missing

Until a few years ago, there were few non-liquor options for adult beverages besides wine, beer and coolers. All of these options are filled with added sugar. And to be honest, I’ve never liked beer. While my tastes have become more refined with age – hello, peppery dry red wine! – I don’t drink wine coolers anymore because I find them too sweet.

Then came the hard sodas, ciders and lemonades. Like coolers, they are often sweet and filled with added sugars. Being that I’m in my mid-forties, I’ve really been trying to avoid added sugar and cut calories. Not only do these drinks leave me feeling really full, really fast, they also give me massive belly bloat. Not only is the bloating uncomfortable, it’s definitely not the look I’m going for. (After all, those symptoms of perimenopause are more than enough to contend with as it is.)

Spiked seltzer however, like White Claw hard seltzer, fills a void I didn’t even realize was there. Although it’s a fairly new drink that was introduced just three years ago, it’s becoming increasingly popular.  I’m regularly running between two different Kroger stores AND Target to find my favorite multi-pack in stock as it sells out so often.

Since my discovery of spiked seltzer, I’ve pretty much given up wine expect on those special occasions. Hard seltzer has me hooked. It’s definitely a better option than wine or beer. Not only does it have zero added sugar, it’s also flavored with real fruit. And, as hard seltzer is mostly water, it helps you stay better hydrated. Meaning, it’s a lot easier to avoid a hangover the next morning. 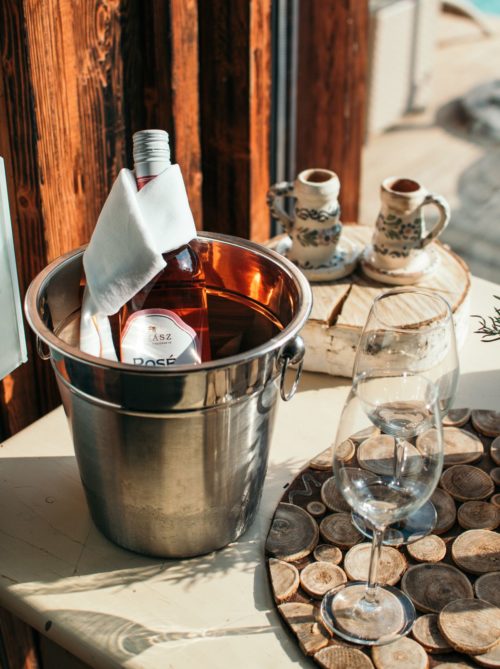 Is Hard Seltzer Better For You Than Wine?

I used to have a glass of wine (or three) in the evenings. It was the perfect drink to help my body wind down and relax all that tension that builds up from working at a desk all day. But the calories were definitely making a real impact on my waistline in recent years. That, and those wine hangovers can be brutal. I’ve since switched to hard seltzer. And I’ve found, that for me, it’s a much better choice than wine or hard cider.

Not only is hard seltzer lower in calories, it has no added sugar. And with just 4 to 5 percent alcohol, depending on the brand, I don’t accidentally get caught up and over imbibe. With temperatures in the 90s, it’s also a better choice to stay hydrated in the summer. Simply put, I find White Claw hard seltzer much more refreshing than wine. Plus it’s hard to miss the belly bloating, stained lips and sulfites. So, sorry not sorry, summer rosé. It’s time to move over.

There’s good reason that you keep seeing White Claw memes all over the internet. Despite the hate (it’s ok to think it’s basic, some would say the same about pumpkin spice) there are a number of reasons to love this refreshing hard seltzer. 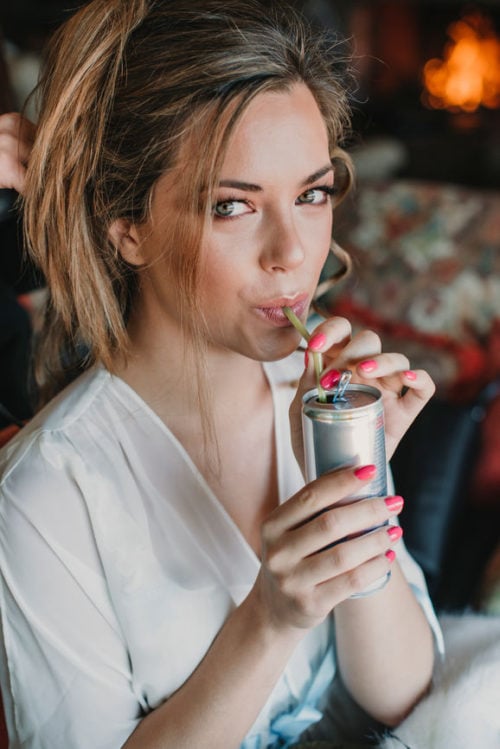 What is Hard Seltzer?

Hard seltzer, sometimes called spiked seltzer, is the latest craze in adult beverages. Like its non-alcoholic cousin the trendy seltzer water, it’s mostly water with a hint of natural flavor.

Hard seltzers are comparable to a beer in alcohol content, but they offer a lighter, more refreshing taste. They just might be the perfect drink for a hot summer day, but they will taste great no matter what the weather is outside. Plus they come in skinny cans that are better suited for smaller hands (without that annoying pink tax on everything else that targets women consumers.)

I haven’t tried all of them, but so far White Claw Hard Seltzer is my preferred brand. It’s made with just water, a gluten free alcohol and natural fruit for flavoring. White Claw hard seltzer has just 100 calories per can. So it’s definitely better than drinking a glass of wine.

In addition, White Claw doesn’t have the aftertaste that other spiked seltzers have. To me, it’s just more refreshing and a better tasting drink.

White Claw hard seltzer is available in a number of natural fruit flavors. They include mango, black cherry, natural lime, raspberry, and ruby grapefruit. Mango is my favorite and the one I usually reach for. Although lime and black cherry run a close second. The mango White Claw hard seltzer is almost always sold out, however. So I’ve learned to adapt to my second choices, but rarely another brand. I’ve tried Truly brand hard seltzer and it just doesn’t measure up. While it ties with White Claw in the hard seltzer arena, I find it has an unpleasant aftertaste that I relate to fake sweeteners.

If you tend to sip throughout the evening or enjoy more than one drink, you probably won’t get drunk if you drink a spiked seltzer instead of a glass of wine. Therefore, you’re less likely to find yourself suddenly “deep in the feels” after a few glasses (ie. a bottle) of wine. This is good news. Because what this means is that there are no drunk texts to your ex you can’t take back the next day. So really, hard seltzer is also a better break up drink. After all, more alcohol isn’t always the better choice. 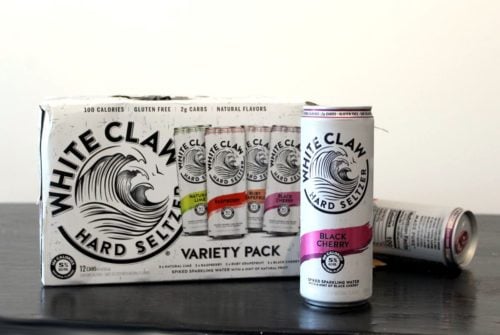 Wine, beer and other alcoholic drinks are notoriously high in calories, which is made even worse because they are empty calories. The calories in just two drinks can rival those in a full meal. (With a comparable amount of bloating.)

Spiked seltzers only have about 100 calories in a 12 ounce can, so they won’t add as many calories to your daily intake. That’s less than most beers—although some light beers are comparable with 95 to 100 calories per drink—and you can expect about 125 calories for a 5-ounce glass of wine.

Additionally, most spiked seltzers have zero added sugars. The flavor and sweetness all come from the fruit. So while I wouldn’t call them a healthy drink, they are definitely a better drink choice when compared to wine.

White Claw hard seltzer calories come in at 100 per can with 2 grams of carbs. If you drink more than a few glasses of wine a week, this could save you a lot of calories.

Instead of using a fermented grain to make the alcohol in a hard seltzer, it’s made from fermented sugar. 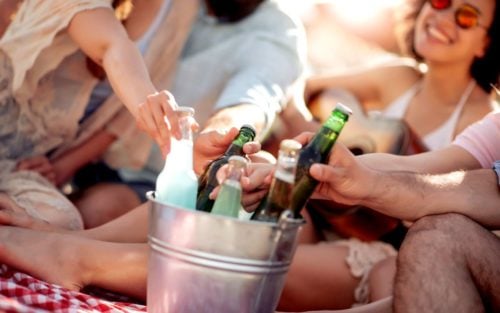 Hard seltzers come in a handy 12-ounce can. They are easy to take with you, easy to open, and easy to drink right from the can. Plus, as I mentioned previously, the skinny can is the perfect size for women’s hands. (I like to keep my White Claw hard seltzer cold in my Coleman Lounger Stainless Steel Can Insulator. It not only works with skinny cans, but also regular sized beer cans or bottles, as well as bottled water.)

Heading to a party? Grab a pack and toss them in a cooler. You can even carry them in a bag without worrying about them breaking or spilling.

Since they are in 12-ounce cans, it’s just the right amount for a drink. You don’t have to worry about storing leftover wine.

Wines only last anywhere from three days to two weeks, so hard seltzer is a better choice for those who don’t drink as often just because there’s less waste.

Although hard seltzer is pretty tasty on its own, it also makes an excellent mixer. With the fruity flavor, it mixed well with vodka and can even take a sangria up a notch for added flavor.

If you’ve tried making mixed drinks with seltzer water, you might have been disappointed because the fruit flavor tends to disappear. Hard seltzer keeps the fruity flavor better, so don’t hesitate to try it mixed with other liquors.

Enjoy your spiked seltzer as a frozen boozy treat by simply freezing it. Pour it in a pan, freeze, and use an ice cream scoop to scoop it into cups for yourself or guests. It makes an incredibly easy and very yummy frozen treat that’s perfect for a hot summer evening. You can even pour it into a wine glass with edible flowers or fruit for dinner parties to elevate it to the next level.

Does Spiked Seltzer Hydrate You?

Not only does this help you feel better now, but it will also help in the morning. Dehydration can make a hangover worse. While I can’t guarantee that you won’t have a hangover after a few hard seltzers, it is likely that the hangover will be less severe than if you’d been drinking wine. I’ve yet to get a hangover from drinking equivalent amounts of hard seltzer to wine. However, it’s still important to reach for a bottle of water after you’ve been drinking to help your body recover from the intake of alcohol.