I’m Rebecca D. Dillon and I was born in ’75, the Year of the Rabbit. I’ve been making homemade soaps and bath and body recipes for over 15 years. Like all beginners, I look back on some of my old projects and find myself cringing. I’ve definitely learned a lot and I love how artisan bath and body has evolved over the past decade or so. I still have so much to learn and I still make mistakes, but I have so much fun making new things. And that’s how I ended up blogging. 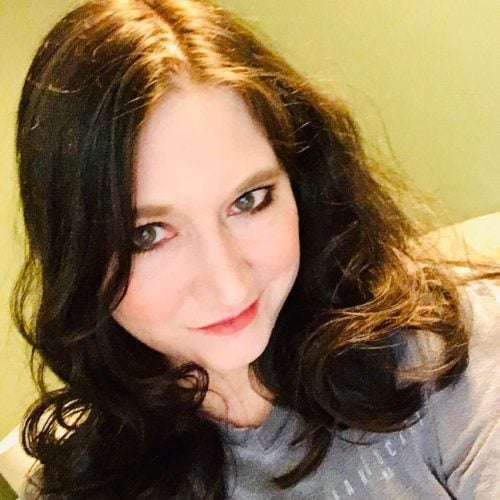 I started out in the way way back selling on Etsy when they were in beta. (While I no longer sell on Etsy, you can check out my Etsy favorites here.) I also sold on the Roanoke City Market in Roanoke, VA for about four years, up until about the time I got divorced and needed to seek out a full time job with a reliable wage and of course, health insurance. So in addition to that, I also started blogging. There are days I still feel like I’m on a major learning curve as a blogger. But Soap Deli News has come a really long way since its birth and I look forward to creating and sharing new projects more than anything else. There’s so much more freedom as a blogger to create, whereas when I sold my bath and body products I felt like I was always trying to play catch up and found myself forced into making a lot of the same things over and over.

In February 2017 I quit my day job and I made a huge leap back into the world of being self employed full time. I moved to a sleepy little town called Bedford in central VA, set up my office and as of March 1st started blogging full time. Then later in May of the same year, I move back to Roanoke in SW VA. I’m super excited about what continually seems like a new adventure and I hope to learn and share so many new things with everyone!

As a DIY bath and beauty blogger and previously a seller, I’ve learned that everyone – thank goodness! – has different tastes and ideas about what they like and how things should be. In no way do I want to hamper anyone else’s creativity so I don’t make judgments about the ingredients you may or may not choose to use. Therefore you’ll find that I use a mix of both natural and synthetic ingredients. For many of my recipes, if there’s an ingredient you don’t have or don’t like you can typically substitute it with a similar ingredient, or in the case of synthetic ingredients, omit it entirely. However, if you aren’t sure, feel free to ask.

I also try to offer a variety of bath and body recipes that are suited to both beginners as well as old pros. Everyone starts somewhere after all, and sometimes even an old pro can learn some new tricks. As I feel like I’m constantly a student in some ways, I don’t really consider myself a “Pro.” But I do have a clear understanding of the basics – which leads me to push what’s accepted or recommended for a recipe or ingredient and use it in a new or different way. Sometimes it fails. Other times something really awesome comes out of it. So never be afraid to experiment, learn and try new things!

It’s kind of funny how I ended up here. Growing up I always wanted to be an artist, a writer and a teacher. And now I kind of feel like I’m doing all three!

Anyhow, I’ve been published in several print publications including Scrap 365 (UK) Magazine, Willow and Sage Magazine, and Handmade Magazine. And in addition to making things, I like to check out local music, hit the local farmers market, shop for pottery, and go dancing. (I mean, hello? Dancing is bomb-tastic!)

In addition to being a now full time blogger – Yay!! – I’m also a mom to a pretty kick ass son, Cody. He’s an old soul with a desire to help people, so obviously, I’m super proud. And, because he had a crafty mom, he has a crafty fiance, Paris, who is equally awesome.

I am also mother to a fabulously stubborn miniature dachshund named Jasper. He’s middle aged and can be a bit grumpy at times but he’s aces at cuddling when I need it most. He’s also pretty dead set at eating whatever he can get his chompers on and insisting he’s in fact a person and most assuredly not a dog.